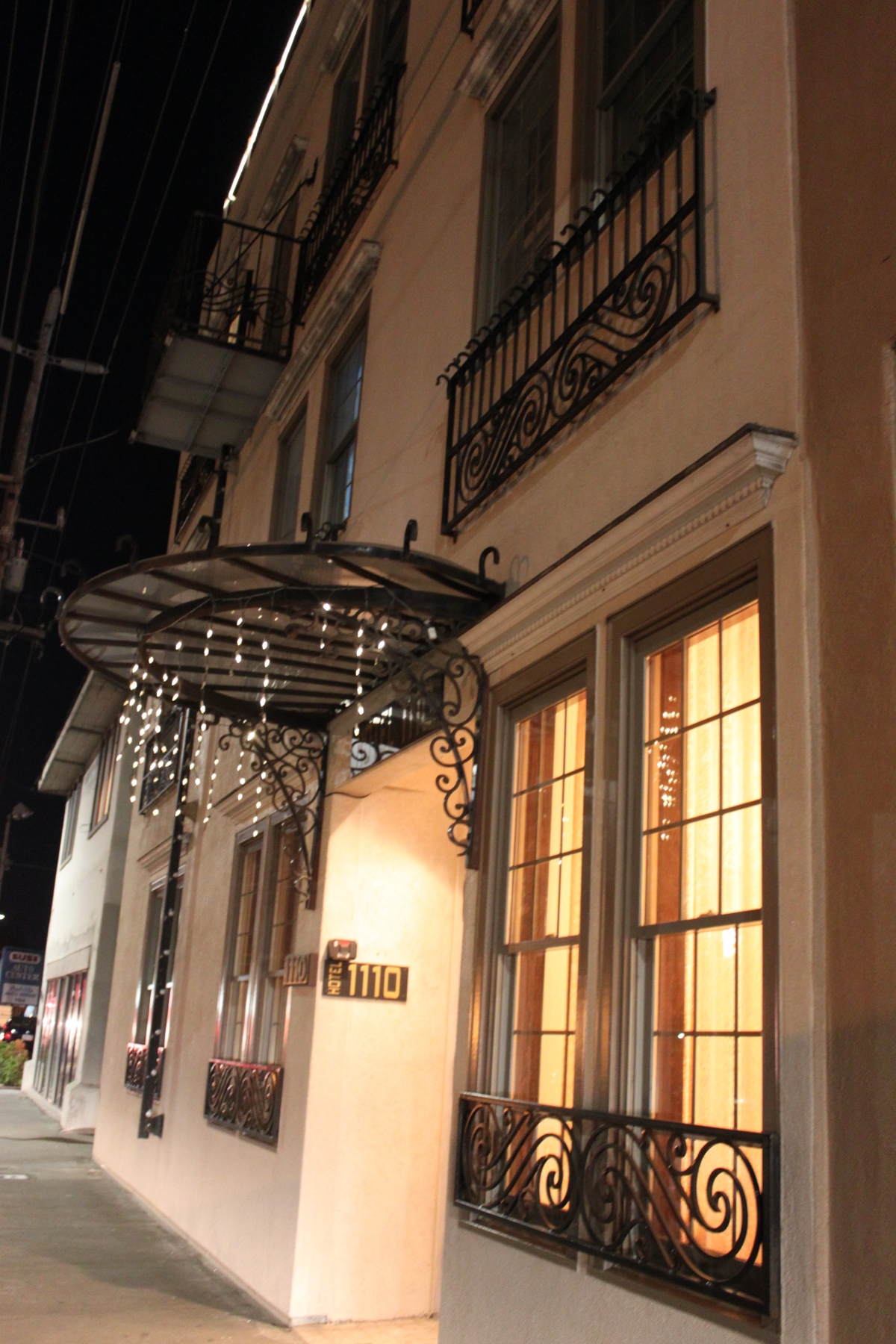 E. drove furiously into the night as we mapped our way to the exact address of Hotel 1110 on the Pacific coast. We were under the gun. The ad on the internet said the Hotel doors would be locked at 10 and it was fast approaching 9:15 when we finally called to make sure someone would be there to let us in by 9:30. The accented voice on the other line assured us she would be.

I made a couple of mistakes navigating, which made for a few stressful moments, and the first time we drove right past it. We had to drive up quite a few blocks before we were presented with an opportunity for a U turn.

We drove back into a narrow little alley that opened into a few spaces, but we weren’t sure it was the right place so we went back out and found a place on the street. We were beyond ready to settle for the night. Past ready to start a much-needed overdue vacation. Ready to feel once again the healing properties of the ocean.

Despite our initial trepidation at the parking situation, once we entered the foyer of this captivating place, any misgivings we might have had were laid to rest. And when we met the charming innkeeper, who made us feel at home and instantly welcomed we both breathed an inward sigh of relief.

She checked us in and with a charming Lebanese accent introduced herself as Nashua. Gazing around, already eager to run upstairs and let my camera out of its case, I felt like I had stepped into another era. It was part Victorian, part Bohemian with a splash of old west Bordello thrown in, but very tastefully so. We gratefully accepted our keys and stepped up wonderfully creaky stairs to a hallway that I imagined held hidden passageways and doors that led to secret rooms.

We abandoned the elevator after the first time because it was so slow, but to me that only added to the charm. Our room opened with a real key and once inside, we were greeted by Audrey Hepburn who seemed to approve and who could ever argue with her?

“This is awesome,” I said, “Just like one of the places in my dreams!” I often dream of old buildings and long passageways and doors that lead to stairs and narrow alleyways. I instantly yielded to the adventure this was turning into.

The windows cranked out revealing a neighboring view you might see in an old Alfred Hitchcock movie. Amidst the late night traffic noise, we heard the unmistakable sigh of the sea and the barking of seals.

Join me tomorrow as I continue our adventure, won’t you?

2 thoughts on “A Perfect Slice of Time”