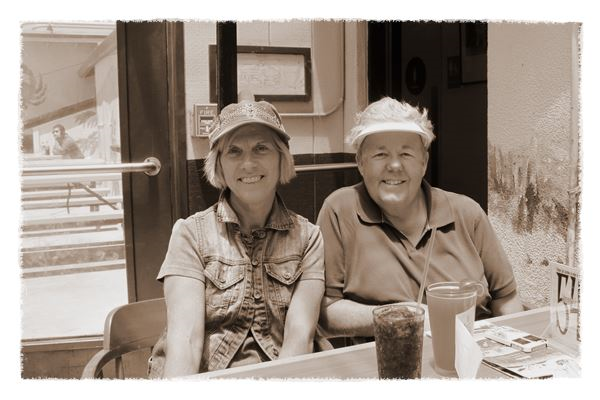 As iron sharpens iron, so a friend sharpens a friend…….Proverbs 27:17 NLT

My best friend will never brag about herself. In fact, you have to dig deep to find out all the different things she has done in her life. I have written about them all before, but today I just want to give her a shout out because she inspires me so.

I like to describe her faith as living and active. She doesn’t lock herself in her room in pray, she prays on her feet, running to the next task. You hardly ever see her sitting down.

She has a built in radar for people in need. In fact, they seem to gravitate toward her. Yesterday, as usual, I was adrift in my own thoughts as we all filed out of church when I almost stumbled over Elaine bending down to talk to the woman sitting next to her who still hadn’t gotten up. The closing music was loud, and she had to bend get right in the woman’s ear to hear what she was saying.

It turns out the woman had injured herself and was in pain. Through tears she thanked her and assured her she was okay. We watched from the back as she got up and walked toward the front of the church to greet someone.

I can’t tell you how many times this kind of thing has happened when we’ve been together. In grocery store parking lots, she won’t leave if she sees an elderly person who looks lost.

She asks me Bible questions because tells me jokingly, “I don’t have to read it, I have you.” But she reads it, I know she does. Because she lives it. She walks the Jesus walk. She sees the broken, the lonely, the down and out because she has been there herself. She has no illusions about how much she needs a Savior.

Her Bible hero is John the Baptist and her favorite song is “Take up your Cross” by the Brooklyn Tabernacle Choir and I have watched her live that song over the years.

Yesterday at the Care Home she noticed that her Mom’s room hadn’t been swept since last time. Instead of making a scene, she just quietly went over to where the broom and dust pan were kept and did it herself in full sight of the aides. She made her point and the room got swept.

She has been known to break out into a dance in store aisles. She always says, “Sometimes you just gotta give it a little dance.”

One of the things I most admire about her character is that I truly think it would cause her physical pain to tell a lie. And even if she did, it would show on her face, like the character Jim Carrey played in “Liar, Liar” her eyes reveal everything. She could never play poker.

She reflects the joy of the Lord and it is a privilege to go anywhere with her because I love to see how she interacts with strangers. She is quick to laugh and is fond of saying to me, “I am your entertainment” which is true because she’s a natural comic who loves to joke around. She truly loves to see people smile, and I think everyone she works with will attest to that.

I don’t think we ever spend time together without laughing. We laugh at things other people might just skip right over and invariably we see it at the same time. The other day we watched a commercial and perfectly in sync, belted out the same song. It was totally unrelated to the commercial except that it said something about flowers.

I think we compliment each other like peas and carrots.

One of my favorite memories is a vacation we took in Monterey. I had told her I was getting the Abalone no matter how much it cost. I had waited for years to go back to this restaurant just to get it. Anytime the menu says, “Market Value” you need to be careful. And it did. When it came it was nothing like I remembered, also much more expensive than I remember.

On my plate were three scrawny shells. I think they were baby Abalone. It was delicious, but nowhere near worth the price. I told her I was going to at least keep the shells so I wiped them off, wrapped them in a napkin and stuck them in my purse. Oh, did she get a kick out of that. She said, “I can’t wait to see the waiter’s face when he comes back. I am going to tell him you ate the shells too.” She didn’t.

She loves telling that story.

Our relationship is such a blessing in my life and I thank God for her every day.

It is altogether rare to have a friendship like we have and I know it. To me it is a beautiful illustration of how we are all different and unique as believers and yet when we all join together the pattern we make is like one big beautiful quilt, God’s crazy quilt.

It will be quite a finished product when He’s all done.