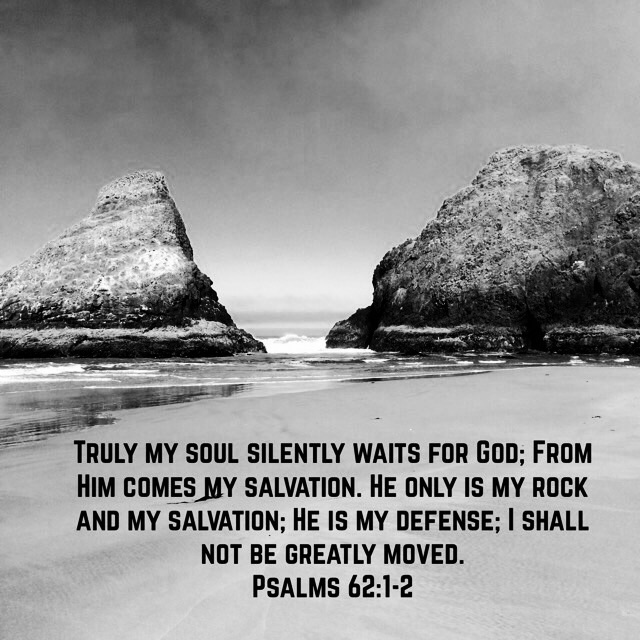 I awoke to a cool and cloudless morning after a deep and almost dreamless sleep. I have been stressed about many things lately and was looking forward to my morning of prayer, a sliver of quiet to start the day right. Everything was going along quite nicely. It was good to empty my mind and open my heart to God and scroll through the pages of His book. I drew a name from the “prayer bowl” and prayed for a co-worker, and everyone on my heart. Then I opened my “Jesus Calling” devotional book and my eyes landed on the first verse of Scripture:

“Truly my soul silently waits for God: From Him comes my salvation, He only is my rock and my salvation; He is my defense; I shall not be greatly moved.” Psalm 62:1-2

“Perfect,” I thought. I had taken a picture on our road trip this past May of two big rocks and that verse would be perfect superimposed against the backdrop of those big rocks. I ran in the house to get my phone to use the handy dandy “You Version” picture App. I am having a lot of fun with that one. After I posted this picture to Facebook I made the mistake of scrolling through my timeline. I never take my phone out to the shop during prayer time and I should have taken it back in the house. It was an intrusion and I knew better.

Next thing I know I am watching a video on how Isis is plotting to take us down by shutting down “the grid” and how easy it will be to do it and how grossly unprepared we would all be if that happened. I marveled at the fact that only as few as 50 years ago there was no grid to worry about.

How did we get here and how did we get so dependent on it? It’s hard to imagine a life without technology. Now my mind was turbulent again and thinking I needed to get a backup supply of canned food and water.

It’s easy to panic when you forget the end of the story. My next verse in the devotional reminded me that there was no need to panic. The enemy’s favorite tactics are to instill fear and try to steal our peace. Isis is only a new version of the same old evil that has been here since before the fall.

I ended the session with these verses of promise continuing in Psalm 62:1,2

Truly my soul finds rest in God; my salvation comes from Him. Truly He is my rock and my salvation; He is my fortress, I will never be shaken…….and further on down we read:

Surely the lowborn are but a breath, the highborn are but but a lie. If weighed on a balance, they are nothing; together they are only a breath. Do not trust in extortion or put vain hope in stolen goods; though your riches increase, do not set your heart on them.  (vs. 9-10)

One thing God has spoken; two things I have heard: “Power belongs to you, God, and with you, Lord is unfailing love; and, “Your reward everyone according to what they have done.” (vs. 11,12)

Nothing to fear really. 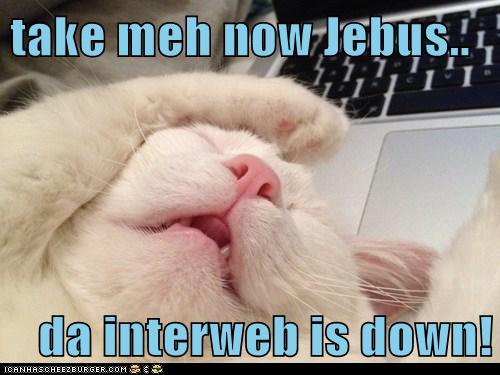 Just the other day I was sitting at my workstation glancing idly at my IPhone and one of our bosses asked me if I was “one of those people” hooked on social media. I had to pause for a moment and smile remembering the time B.I. (Before iPhone/iPad) entered my life. And I confess, I caught myself feeling a little bit defensive, like tiny little fists were rising up from somewhere inside. “Well, I used to” I said, “when I first got my iPhone.”

I remember the day clearly. She was going out to get a new cell phone and asked what I wanted since both of us were on the same phone plan. “Oh,” I said,  “I don’t care, just get me a cheapo. I really don’t use the one I have.” At that time I had a little flip phone which was red and cute and mostly it just layed there unless it rang.

About 2 hours later, she came home triumphant and smiling, white Apple store baggies swinging from each arm. She held them aloft and despite myself I was curious.”I got one for you too!” She said. I opened the box and It gleamed at me from its little resting place. It could have been my imagination but I think it might have winked at me.

We were like little kids. well, mostly I was. Me, miss “I don’t care what you get” had turned into a full-fledged IPhone junky. These weren’t just cell phones, these were iPhones after all. The portent of change was crackling in the air.

Finally, I had it in my possession; all backed up, synced and ready to use, I felt a little bit like Mary Lennox when she first discovered the Secret Garden. This was a window to an entirely new world. I was enraptured with all the Apps I could get. And they were free for goodness sake.

I jumped in with both feet. Or both thumbs as it were. I was texting for the first time in my life. This was better than shopping. I got an Instagram account, then I joined Twitter. Later I discovered Pinterest and before I knew it I had over 3000 pins. I got an iPad for my Birthday. I was irrevocably hooked.

I kept trying to convince my Mom that technology and computers are not the Antichrist. When I went back home I would show her things to prove my point. She didn’t budge; though I did sense a weakening in her resolve when I showed her the You Version Bible App.

It was all wonderful until the day my best friend looked up at me with a hurt expression. “We don’t talk anymore.” She had been suffering in silence, carrying a burden I could have helped her bear, but I was too busy to see it. That pulled me up short.

After that I learned to keep a more balanced perspective. I have backed off from some things. Along the way I have learned that technology and social media have indeed enriched my life in ways I never expected. But all things in moderation. Technology is not evil in itself, despite what some believe. Like anything else, it has tremendous capacity to be used for good and evil.

With the help of technology and social media, we have the added blessing of casting our net a bit wider and extending our circle of Grace. It’s a wonderful thing. But it must never come at the expense of the people in our lives. The ones we live with, the ones who need to know we are still there.

I’m sharing this story as part of The High Calling’s community link-up. You can add your voice to the “Technology at Work” conversation here.