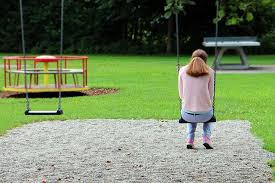 This is something I have been struggling with ever since I saw those 21 orange clad men marched out on the beach to their deaths. When you’re confronted with a purely evil act you wonder if you could forgive. I have been asking myself over and over again, could I forgive if those men had been my friends, my family? It has been a stumbling block to my writing I have not been able to get over.

Forgiveness is central to the core belief system of Christianity, one of the cornerstones on which our faith is built. And it’s easy to say, easy to believe. It feels right deep down in your soul. That is, until someone does something to one of your own.

I remember when the Amish school girls were killed and how the world watched in amazement when even in the midst of their grief and loss, they didn’t cast blame or point fingers. They didn’t hold a press conferences and surround themselves with lawyers. They simply forgave. Even more astounding is that they reached out in love to the killer’s family and even went to his funeral. There were more Amish there than non-Amish.

They acted in pure grace, the grace that they learned from their open Bibles; the kind Jesus taught and the kind He displayed, even while dying an excruciating death by praying for those who were still mocking even as He gasped His last breath.

What I didn’t remember about the Amish case was that the killer, Charles Roberts, was tormented for nine years by the premature death of his young daughter and never forgave God for her death. It’s easy to love your enemies if you have none. And it’s easy to forgive if there is nothing to forgive. It’s easy to embrace the philosophy of forgiveness but when it comes down to it, could I really forgive the unforgivable? I struggle with even the small stuff.

I had problems with the scooter in front of me this morning on the way to work. There he was buzzing along fully 10 miles under the speed limit. It was the fastest he could go. He was doing the best he could, poor guy. But I was as irate as I sensed everyone else was. Then I thought, maybe that’s his only mode of transportation right now. I was heaping all this silly rage on his poor unsuspecting head. I prayed for forgiveness. Again. I have to do that a lot while I drive.

As I re-read the beatitudes this morning, I realized how far off the mark I really am.

Peter once asked Jesus just how much we are supposed to forgive. I understand that, I really do. In effect what he was asking was, how much is enough? What’s the required amount to fulfill God’s expectations. Peter was still stuck on the Law. Jesus said, “70 times 70,” which is pretty much infinity.

I wonder sometimes how well I really know Jesus. What He says is truly counter-cultural here in America. We are fighters after all. We don’t lay down and die. It’s written all over our history books. We are a nation of upstarts, otherwise the Boston Tea Party never would have happened.

As a Christian, I have to accept that certain American ideals I have grown up believing are not necessarily Biblical. There are times when laying down the sword and turning the other cheek is not a weakness, it’s the hardest thing in the world to do.

This is what I was mulling over in my mind this morning:

Not forgiving someone is giving them power over you. Forgiveness frees the soul and places the balance of power back where it belongs, with God. It’s a matter of trust that He, as the ultimate Judge will ultimately and in His time, right every wrong.

What is the price of two sparrows—one copper coin? But not a single sparrow can fall to the ground without your Father knowing it. And the very hairs on your head are all numbered. So don’t be afraid; you are more valuable to God than a whole flock of sparrows. Matthew 10:29-31