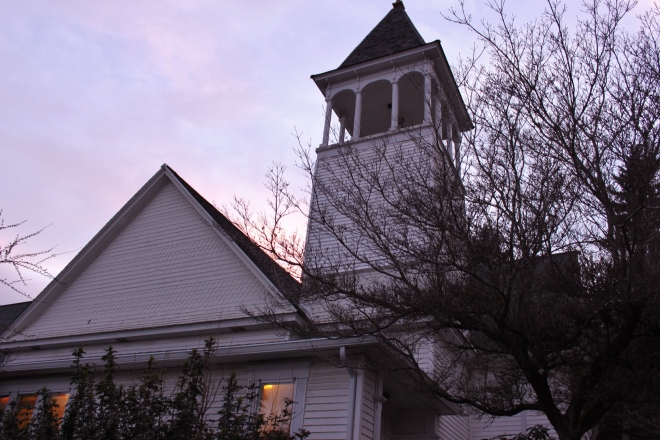 The One who breaks open the way will go up before them;
they will break through the gate and go out.
Their King will pass through before them,
the Lord at their head.” Micah 2:13

I wasn’t going to do it. I wasn’t going to buy yet another book that chronicled the failings of the American church. Maybe I am tired of being scolded. On my shelf I have Crazy Love by Francis Chan, Confronting Casual Christianity by Charles Stanley, Radical by David Platt, Hole in the Gospel by Richard Stearns, and Classic Christianity by Bob George. The ones I read had some very good points which I couldn’t argue with. Sometimes the truth hurts.

I recently picked up Follow Me, another by David Platt. I have yet to crack the cover, but I am going to do so this week.

There is a reason these books resonate, have rocketed to the best seller charts. In every generation, God brings voices out of the wilderness. To challenge. To wake up. To engage. I have been reading Amos and Micah and I have been moved with their words, their anguish for a lost people. We need people to help us find our way back. There is a reason African missionaries are training to come over here.

Whom God loves, he chastens. God loves His church because He loves us.

The church is not a building. The church is living and breathing in you and me and everywhere we go we carry it with us. Yesterday we went to downtown Phoenix and on the way, on the lightrail, we went through areas where the poorest of the poor live. I pointed out the window and told Elaine, “That’s where the church should be, that’s where Jesus would be if he were here.”

Outside the window there was a man wearing a very offensive T-shirt. I said, “Isn’t that against some kind of law?” She said, “No, not anymore.” I won’t even repeat what it said. It was disgusting. And then I said, “God loves him too.” A part of me, a really big part of me, wanted a huge guy to approach him and confront him about his shirt, put him in his place. Tell him that he shouldn’t wear that around women and children. It’s hard to love people like that. But love is what we are called to do.

I will crack the cover of this book and I will be open to the message, be open to the truth, even if it hurts because it is probably something I need to hear.

All over the world and right here in America too, the Holy Spirit is moving. The church is moving, and the gates of hell will not prevail against it. God said that.

Just last night we sat at an outdoor cafe. There on the sidewalk about 10 yards away stood a young homeless man with his dog. He was dirty with matted hair, and skinny. As we ate our food he kept convicting us. I thought, how could someone so young end up like that? A woman pulled up in a car as we watched and began unloading things from her trunk. She gave the dog some food, and him a sandwich. Elaine said, “Bless her heart.” She got up and approached the woman with some money to help out. She said, “Give it to him.” So she did.

There might be a chance that they are a team, working together. Unfortunately there are many scams artists around. But it really doesn’t matter.

You give when the Spirit directs and after that, He does the blessing.

I will keep listening to Micah and Amos, because we still need their wisdom and warning. They voices work just as well today.

2 thoughts on “How we carry the church wherever we go”