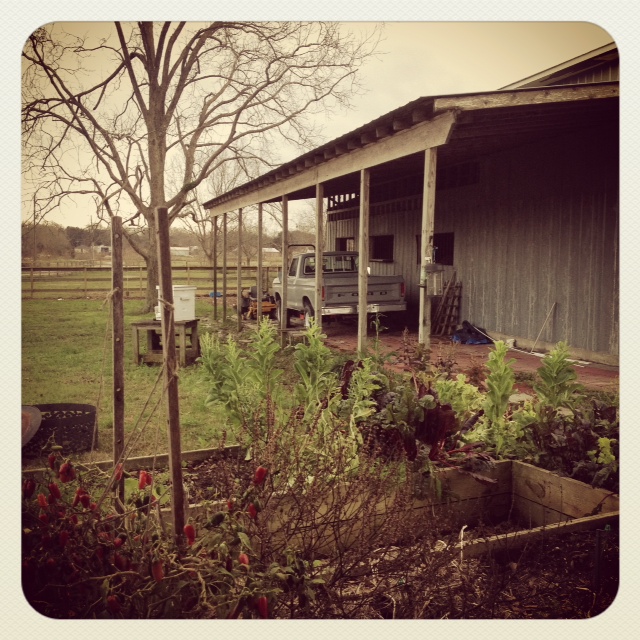 My Granddaddy on my Daddy’s side was a preacher. He wasn’t a preacher in the traditional sense, like in a proper church. He did his “testifyin” as he called it in a barn and his congregation were the migrant workers. I remember seeing a hat full of money, more money than I had ever seen in one place, full and overflowing.  Sometimes they even passed it twice.

He used to warn my cousin and I against climbing up on the roof and yet sometimes I wonder if he didn’t leave that ladder out on purpose. As soon as he left, we’d slap that ladder against the side of that old house and scramble up there and tap-dance to our heart’s content. The music the heels of our Mary Jane’s made against that tin roof was something that was worth getting in trouble over.

Grandma was the one we were concerned with. She was bigger and had a bit of a mean streak. My brother and I used to watch her kill rattlesnakes from up there with one snap of her mighty wrists. She was strong enough to kill turkeys that way too. A turkey attacked me one day, bit me under the arm. We had that turkey for dinner that night. She didn’t mess around.

If my memories of those West Texas summers were woven into anything it would come out  looking  like a patchwork crazy quilt. Some parts terrifying some parts wonder. The time my Grandma locked me in the dark closet with the glow in the dark Jesus would fall under the terrifying category. I don’t know if Jesus was meant to comfort me or scare me but in the end fear won out.

The other thing that would fall in that category was when Grandma told about how she danced with the devil. She said he came into her bedroom wearing a dark suit and was the most handsome man she had ever seen. They waltzed.

She and my Grandpa had their own unique blend of religion. They believed in reincarnation but also went to the tabernacle for meetings where people who were slain in the spirit would do some very unnatural things like roll around on the floor and make weird noises. To us it was part of the entertainment. We thought they looked more possessed by the devil than anything else.

The wonder part of the memories were made at Grandpa’s baseball park where I was allowed to help out in the concession stand and make snow-cones.  There were hot summer nights when chiggers bit ferocious, when the air was so full of damp my hair would mildew on the pillow overnight.

And there were those afternoons when the sky was cast in yellow and the air was eerily still and we waited for the sound of the tornado siren. Times where we all hustled down to the cool of the storm cellar, and other times where we watched those monsters roar in, wide-eyed and rooted where we stood.

That old farmhouse is long gone, taking with it a way of life that will never come again. Sometimes when I least expect it, some little thing will remind me.

The crack of a bat, the smell of hay, a dapper old man with a jaunty walk.

Otherwise they are tucked away in my heart for safe keeping. We fan those flames of memory and bring them back to life with our laughter and our stories.

Once again, I’m tap-dancing on a tin-roof. 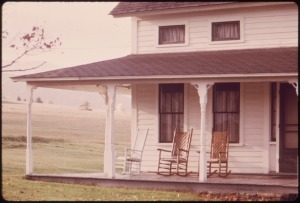