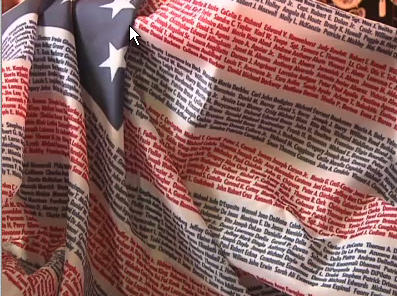 September 11, 2001 was my first what I call, “Where were you moment” I thought it fitting to quote from a piece of Gordon MacDonald’s journal. He was a Pastor who volunteered as a chaplain for the Salvation Army as soon as the events unfolded that day. Here is what he wrote…..
“And more than once I asked myself–as everyone asks–is God here? And I decided that He is closer to this place than any other place I’ve ever visited. The strange irony is that, amidst this absolute catastrophe of unspeakable proportions, there is a beauty in the way human beings are acting that defies the imagination. Everyone–underscore, everyone–is every else’s brother or sister. There are no strangers among the thousands at the work site. Everyone talks; everyone cooperates; everyone does the next thing that has to be done. No job is too small, too humble, or, on the other hands, too large. Tears ran freely, affection was exchanged openly, exhaustion was defied. We all stopped caring about ourselves. The words “it’s not about me” were never more true.”
No church service, no sanctuary, no religiously inspiring service has spoken so deeply into my soul and witnessed to the presence of God as those hours last night at the crash site.
In all my years of Christian ministry, I never felt more alive that I felt last night. The only other time I can remember a similar feeling was the week that Gail and I (his wife) worked on a Habitat for Humanity project in Hungary. As much as I love preaching the Bible and all the other things that I have been privileged to do over the years, being on that street, giving cold water to workmen, praying and weeping with them, listening to their stories was the closest I have ever felt to God. Even though it sounds melodramatic; I kept finding myself saying, “This is the place where Jesus most wants to be.”
George MacDonald, volunteer Chaplain for the Salvation Army on 9/11/2001﻿