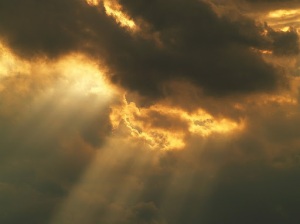 Continuing along the lines of yesterday……

The clouds and thunderstorms have been so magnificent lately I seemed to be stuck on the theme of nature and finding God’s power in it. In reading parts of Job this morning, I was struck again by the immense and beauty and perfection of God and His creation.

“He loads the clouds with moisture; He scatters His lightning through them. At His direction they swirl around over the face of the whole earth to do whatever He commands them. He brings the clouds to punish men, or to water the earth with His love….Listen to this Job; stop and consider God’s wonders.” Job 37:11-14

Imagine Job, who had suffered more than any man on earth. His losses were incomprehensible. Then he had to sit and listen to his friend rattle on about God’s mighty attributes, as he was scraping his terrible sores with pottery shards. Job could have given Elihu the speech himself, being the righteous man that he was. Job was a man that had a great relationship with God, although he had to wonder where God was at that point….but then God shocks them both with showing up!

“Then the Lord answered Job out of the storm, He said: Who is this that darkens my counsel with words without knowledge? Brace yourself like a man; I will question you, and you shall answer me. Where were you when I laid the earths foundation? Tell me if you understand. Who marked off its dimensions? Surely you know!” Job 38:1-5

God is not beyond using a little sarcasm to prove His point here, can you hear it behind the words?

Nearly every argument on the problem of pain appears somewhere in the book of Job, but the arguing never seems to help poor Job. He is suffering a crisis of relationship more than a crisis of intellectual doubt. Through it all, Job steadfastly refuses to turn his back on God. He has only one request: to hear from God in person. He wants an explanation right from the source.

At last Job gets his wish. God answers Job with a speech often quoted for its majesty and beauty. In a touch of sweet irony, God makes His entrance just as Elihu is explaining why Job cannot expect a direct answer from God. Job has saved a long list of questions, but it is God who asks the questions, not Job…..brushing aside 35 Chapters worth of debates on the problem of pain, God plunges instead into a dazzling poem on the wonders of the natural world. 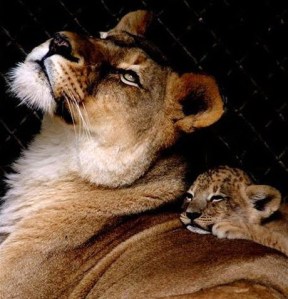 Astonishingly, the question of suffering itself does not even come up in God’s speech. Yet somehow Job seems satisfied–humiliated actually.
(Taken from Student Bible Commentary notes, by Philip Yancey and Tim Stafford)

“I know that You can do all things; no plan of Yours can be thwarted…..Surely I spoke of things I did not understand, things too wonderful for me to know.” And then I love how this ends, “After Job had prayed for his friends, the Lord made him prosperous again and and gave him twice as much as he had before.” Job 42:2,3,10

God is not immune to our suffering. He is there in the midst of it, even when it seems He is nowhere to be found.